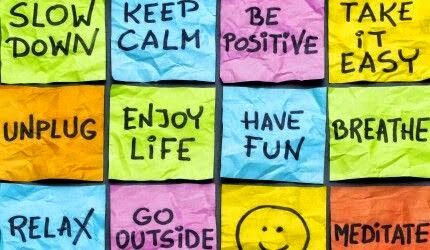 Well, apparently it's 2016, or so this laptop tells me. More importantly, apparently the Newbie Blogger Initiative (or NBI, as the hipster types call it) is unleashed upon the world once more. I've kept a semi-eye on its progress toward occurring this year - was it going to be celebrated or not? The Twitterverse is a tumultuous tide of thoughts and tomfoolery, which also includes plenty of gossip and goodness abound.

So I was elated to hear that the NBI 2016 was indeed to be celebrated and embraced. It's a good bunch of people helping other good bunches of people find their way in the world of blogging. Where to start, what to say, how to spread your auratic nature to others who may wish to check our that thing you do, oh oh. But was I personally going to sign up for this event? I felt that, as my last post was closer to the beginning of the year, I had once more slipped into the "wayward" nature of blogging. To me, I didn't really have anything deep or meaningful to say. As such, my writing mostly became the "microblogging" that is Twitter...and those glorious 140 characters kept me in check. And it was fine.

As such, I never stepped forward to join the ranks of other Mentors to personally assist individuals with their blog concepts and giving that "rah rah sis boom bah" to give them that push into the world of e-journaling. That being said, if you ever have questions or want to talk about blogging stuff (other than the technical aspects of paid hosting stuff - I have only ever blogged on free hosting places like Blogger, and had set up something on Wordpress but have not switched over as of yet), please feel free to ask here or on Twitter. If I miss your query here, I'd likely catch it on the Twittersphere as long as you @ me over there.

So far, I have caught a bit of the NBI blogging action, though I have remained silent so far in terms of commenting. I can't promise I will comment, but I also can't promise that I *won't* comment...so there. Two posts that have caught my eye for an obvious reason was over on Wolfy's and Mersault's blogs. Both spoke about taking breaks in blogging, and how it is perfectly fine to do so. Speaking from personal experiences, I completely agree.

According to the history on this blog, I wrote my first post February 2007. It kept on a fairly regular pace, then soon had one month breaks. Then three to four. After September 2009, it seems I ignored the blog for a little over half a year, then returned for two posts. Then WHAM back on break...for four years.

August 2014 started a whirlwind of posting for the month, as part of Belhast's Blaugust experiment. Somehow, I managed to post daily for the entire month, thus completing that challenge. For the next couple months, I was able to average maybe three to four posts a month - perhaps it was a result of possibly going overload on August, perhaps it was apathy. Going into 2015, it was looking to be a bleak and empty year for my blog - at least until May.

There, I took part in my first NBI, and managed to scrape up a respectable nine posts (at least, respectable on my part, considering my usual pace). After that, the pace dropped to zilch, until August 2016, where my second year taking part in Blaugust took its course. Partly due to a passing in the family, and all of the resulting traveling/etc, I decided early on I'd take it a bit easier than I had the previous year, and ended up posting roughly every other day (instead of the proposed daily). Since then, there have been one or two sporadic posts, roughly every other four months or so.

So there is my posting history since the inception of this blog. I basically crafted a roller coaster with my posting frequency - one that oftentimes seemed to have no passenger in the cart - and had its periods of unexciting lullness, mixed in with sporadic gut-busting climbs and drops. Now, I'm back on the chain lift, one taking me back upward. I guess we'll just have to see if it has some incredible inversions, corkscrews, and turns, or if it just drops to a flat end and fizzles out once more.

But you know what? As many times as I may have gone wayward with this blog, IT'S FINE. IT'S FINE. IT'S FINE. Do you want to only be blogging once a week, once a month, once a year? IT'S FINE. You wanna post daily? IT'S FINE (just look at Belghast). Post however often you want, and whenever you want. IT'S FINE. I swear. As long as you are doing it of your own free will, and are not under some oath or contract to be posting on a certain schdule, it's fine to post as you want, when you want. Don't be afraid that you must keep to a certain schedule, this is supposed to be something enjoyable to release some of those crafty words you got stuck in your cranium. Whether it's planned ahead, or some sporadic urge to post something suddenly hits you (even if it has been several months since you last posted), it's fine. Just start writing, keep saving your document, and when the feeling seems right to you, hit Publish.